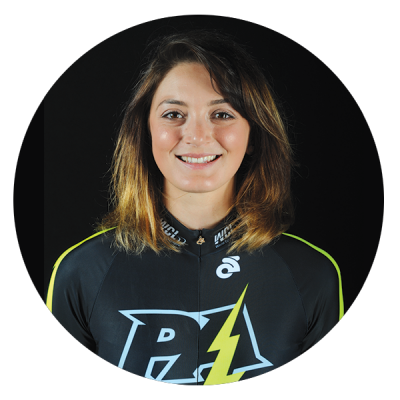 Charline is an endurance rider with a devastating sprint who has earned both Silver and Bronze medals at the 2012 and 2013 British National Championships, currently the world’s top country in track cycling. A Scotland native, Charline has spent summers in Pennsylvania competing at the T-Town track where she was a fan favorite. Before turning to cycling, Charline’s athletic background includes gymnastics and field hockey at Edinburgh Napier University where she was a team captain. Today she combines her racing with a coaching business to develop future track cyclists