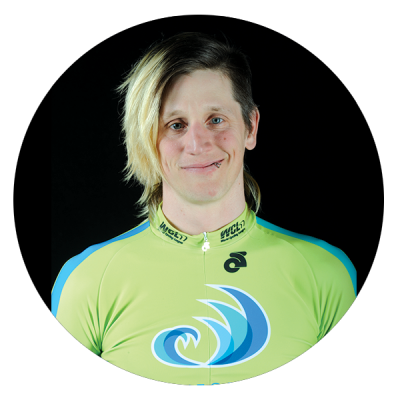 Zany, offbeat, crazy and immensely talented are words that describe this former cycling messenger from Pittsburgh. After twice winning the North American Cycle Courier “Track King” title, Zach took up racing on the velodrome and worked his way through the ranks quickly to become a star performer at Alpenrose, his home track in Portland.

Never one to settle for the status quo, Zach was intrigued by the European Six Day race scene and signed on as the only American to ride behind the big motors in Germany, a heart stopping holdover event from the early days of track racing where the rider stays tucked behind a special motorcycle at over 50 miles per hour.

Fresh off good form from Berlin, Zach’s all around talent and international experience makes him one of the WCL’s top endurance riders and a strong complement to the Wave.