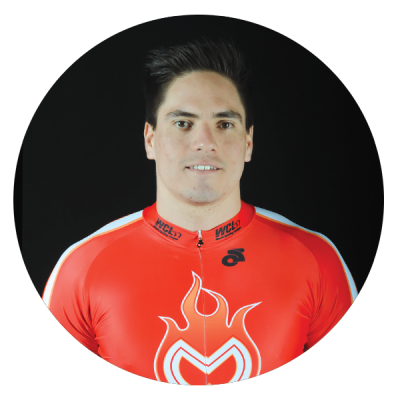 Roberto Serrano brings incredible brute force to the Mexico Heat with blistering sprint power in short distance races that has crowned him National Sprint Champion of Mexico on two occasions. Although he packs an explosive kick, he can hold his speed longer than most sprinters with a knack for the 1km time trial that will make him dangerous for the longer sprint races and mass start events in the World Cycling League Premiere.