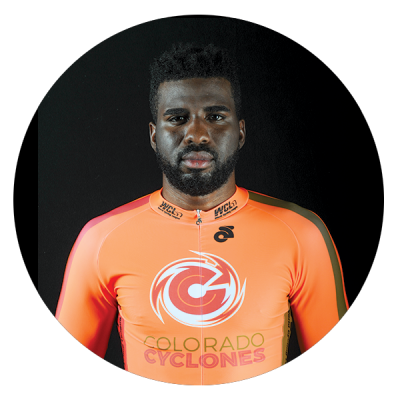 Justin Williams entered competitive cycling at the age of 15 and immediately fell in love with track racing, surging onto the scene with 2 National Championship titles as a sprinter within two years of taking up the sport. His explosiveness, speed, and competitive spirit made him a natural sprinter, earning him multiple national titles in short distance events as a young rider. He took up road cycling in addition to his passion for track, where he won the U23 National Criterium Championships in 2007 that launched him into the pro circuit where he continues to race in his sixth year as a professional. Exciting and flashy, Justin is sure to be a popular fixture on the Colorado Cyclones with a deadly combination of endurance and sprint ability.