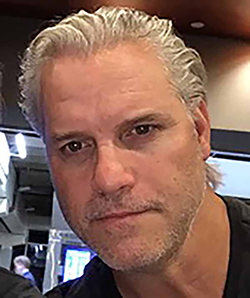 Founder and President of Maestroe Sports and Entertainment, Roe was instrumental in forming and developing the sport of Beach Soccer, launching Beach Soccer Company and the European Beach Soccer League as start-up ventures in 1994. He bought out the league from his partners in 1997 and sold it two years later to Octagon, all part of a transaction with FIFA to create Beach Soccer World Wide (BSWW), the entity that now runs the sport globally, and the FIFA Beach Soccer World Cup. He was then hired by Jake Steinfeld of “Body by Jake” fame to be the executive director of Major League Lacrosse where he created a single-entity league model, similar to MLS, and secured all venue deals, Owner-Operators, sponsors, broadcast partners and players. During Roe’s subsequent six-year tenure with the AVP, he helped to lead the Pro Beach Volleyball Tour out of bankruptcy and took the AVP public while increasing domestic outdoor events to 18 and adding an AVP Indoor Tour and an AVP Australian Tour. Roe specializes in developing high growth sports and will lead TeamTrak’s global expansion